There are often cases when you try to play an old game and it won’t start. Or, on the contrary, you want to try out new software, download and install the latest version, and in response, there is silence or an error. When Microsoft’s built-in applications do not start, do not work, or open and close immediately. In this article, we will tell how to fix it with the standard features of Windows 10.

Reasons why Windows 10 apps not working

Errors can occur in each system that violates the standard course of internal processes. Most problems are minor, but they can have serious consequences, such as data loss.

Everyone knows that devices with Windows 10 have a lot of interesting universal programs that will be useful for every user in everyday computer work. In fact, the average user has enough of them to use the device. If the PC suddenly started to crash or its performance decreased, it may be a matter of operation system.

To solve a problem with an application that does not start, you need to find out the reason for its occurrence. The most common reasons include:

How to fix the problem?

We offer several methods to solve this problem:

Antivirus tools can sometimes interfere with your system and cause certain problems. If you use two antiviruses on your computer, and one of them like Avast not opening, there can be an issue.  Antivirus software can conflict with each other, so it is recommended that you install only one antivirus to keep your system running smoothly.

You should always start with the simplest and most primitive ways to treat this problem. Windows 10 has a built-in special troubleshooting wizard for applications from the Microsoft Store. It can automatically find common problems, invisible to the naked eye of the user, due to which programs cannot be updated, run, or work as they should. In the vast majority of cases, all detected problems will be automatically corrected.

After updating the Windows 10 Anniversary Update, the system has another unique opportunity to fix problems with embedded applications from the Microsoft Store. This is an opportunity to reset a malfunctioning application or program. Windows 10 has borrowed this feature from smartphones, which speaks to the efforts of developers to adopt the best of what is on the operating system market. The fact is that there is a conflict or bug in the application files. Users now have the ability to reset the application’s cache data in its settings.

Application issues can occur not only during operation but also when receiving an updated version from the Application Store. Everyone is familiar with the situation when the application simply did not start after the update. You should also keep in mind that if this is a system application that cannot be uninstalled in the usual way, there is a special way to do this using Windows PowerShell.

This method is more serious than all previously described. It allows you to fully analyze and restore Windows. In the tenth version of the OS, all diagnostics and fixes are performed automatically. You just need to run a special utility and wait for it to finish.

What factors are important for choosing the right board-room software? 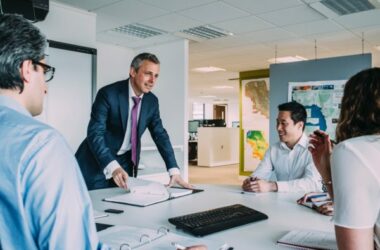 Data room provider what makes your company different from other